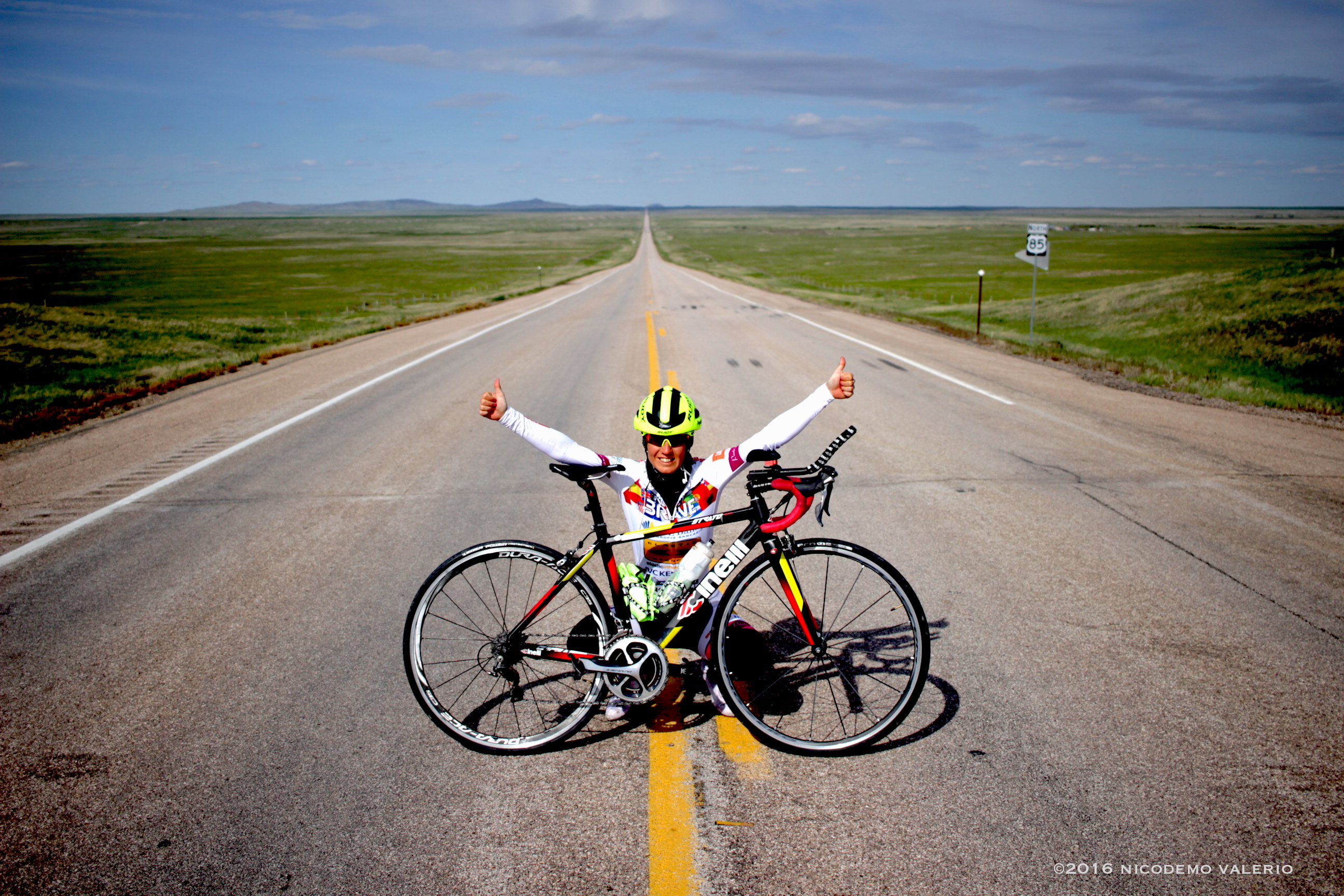 Paola Gianotti is an endurance cyclist, motivational coach and writer.

In 2013 she crossed the coast of Greenland by kayak and in 2014 she rode 29,430 km beating the Guinness World Record as the fastest woman in the world to circumnavigate the globe by bike in 144 days, during which also suffered a serious accident that fractured her fifth cervical vertebra.

In July 2015 she participated as the only woman in the first edition of the Redbull Transiberian Extreme, an ultracycling competition considered to be the toughest in the world, ranking third. 9.200km in an effective time of 286 hours crossing Russia from Moscow to Vladivostock.

She wrote “Sognando l’Infinito” published by Piemme and released in bookstores in September 2015 which exceeded 8,000 copies sold in less than three years

In January 2016 she was the testimonial of the Bike The Nobel campaign, promoted by Rai Radio 2, bringing over 10,000 signatures from Milan to Oslo by bicycle to nominate the bike as the Nobel Peace Prize.

In May 2016, Paola set a new Guinness World Record through all 48 US states in 48 days and joined an important solidarity campaign for Africa by raising funds for the purchase of 73 bikes that she donated to 73 women in Uganda.

In 2017 Paola broke a third world record crossing Japan in 9 days and carrying out the solidarity project in Uganda with the construction of a micro mechanical workshop.

In January 2018, she was a torchbearer for Samsung at the Pyongchang 2018 Winter Olympic Games and in May she completed all the Italian stages of the men’s Giro d’Italia one day before the professionals to carry out the campaign to raise awareness of the cyclist’s respect on the road, followed by Rai Television.

In May 2019 she completed her second Giro D’Italia, introducing the law for overpassing a cyclist with a minimum of one and a half meters away with the Minister of Public Infrastructures Danilo Toninelli.

Today she is a motivational speaker, coach and continues her campaign on the respect of the cyclist riding all over the world. 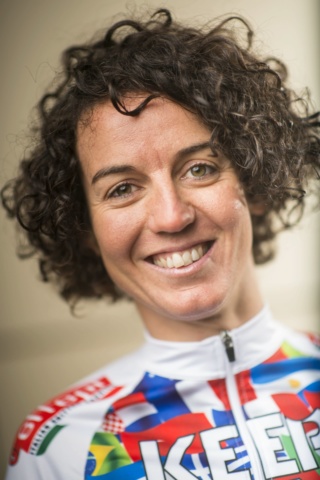 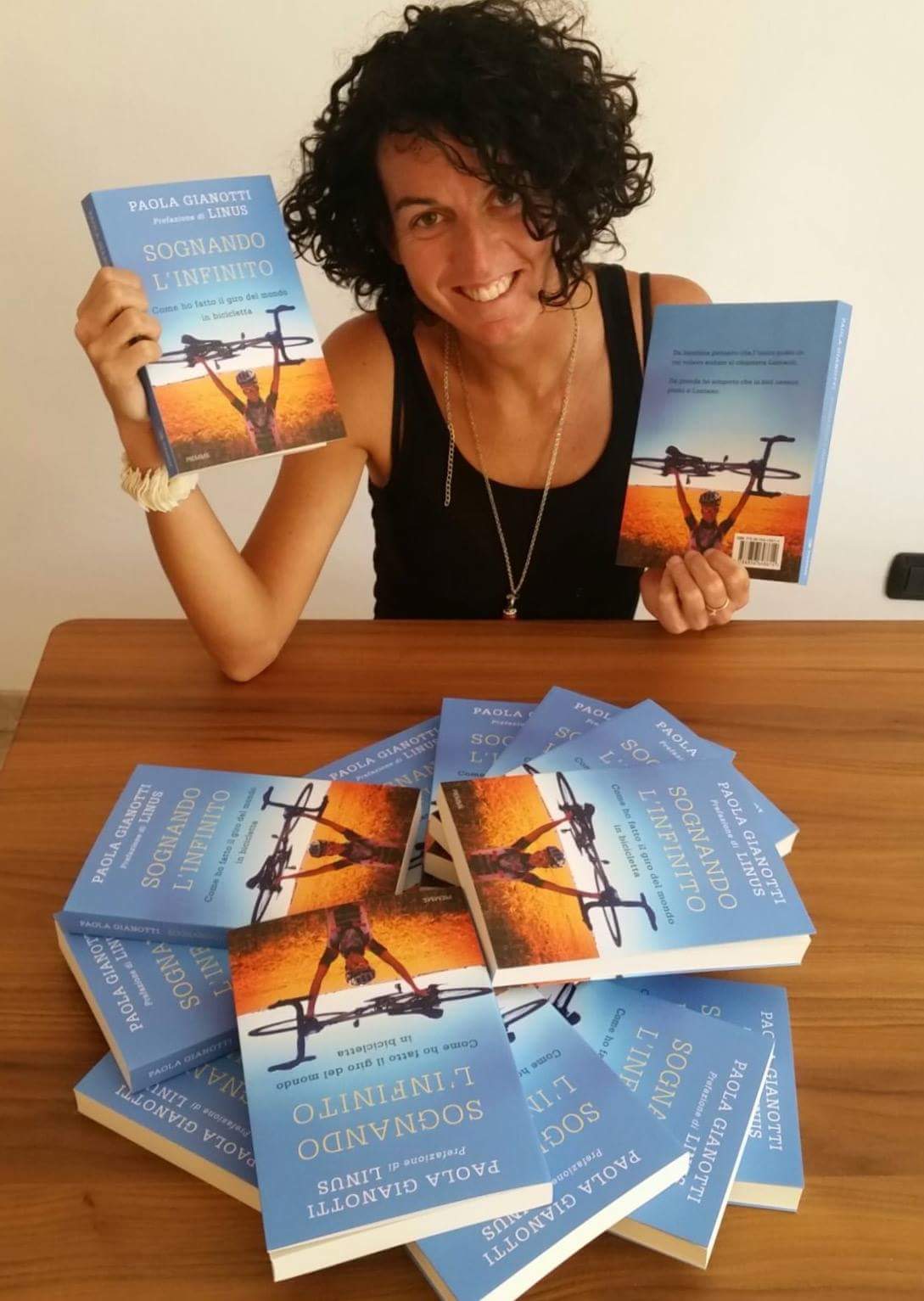 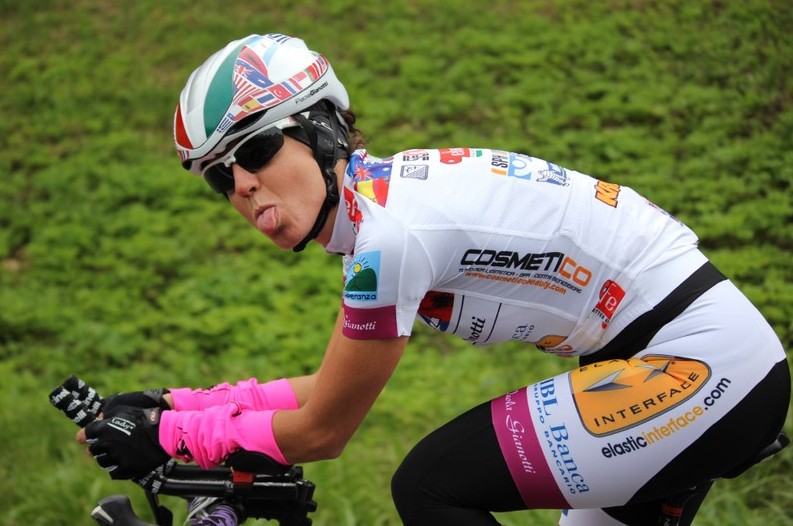 we are here to bring to your attention an Italian sportswoman who is available as a testimonial / speaker / motivator for events to be held both in Italy and abroad, also for an international audience (speech can be in English, as well).

Her name is Paola Gianotti, she won the Guinness World Record for being the fastest woman to have traveled the world by bicycle.

During her one-hour talk, Paola speaks to the audience, talks about her business and about how determination, preparation, focus on the goal, resilience, team strength, flexibility and the will to change have allowed her to achieve this goal.

She tells the story of her journey around the world which started from Italy and had her circumnavigating the globe, overcoming a thousand difficulties and saw her returning victorious to Ivrea from where she left. She also shows pictures and videos. Paola is a very down to Earth and warm-hearted person who immediately builds empathy and involvement of the audience by showing motivation and values ​​that can be useful to anyone in everyday professional and personal life. She is an awesome example of good stubbornness and Italian creativity.

Paola also wrote the book “Sognando l’infinito” published by Piemme in which she talks about her adventure, worked as a motivation al coach for many famous Italian companies and collaborated with associations and institutions. In the attached file you can find her other achievements (2 other Guinness world records) and her biography.

If you are interested in having her at your event, you can contact,…. to get all the infos you need. Later on you will also get the chance to get in touch directly with Paola, before the scheduled event, to get to know her and to get more information on the content of her speech and on the topics you want to be discussed.